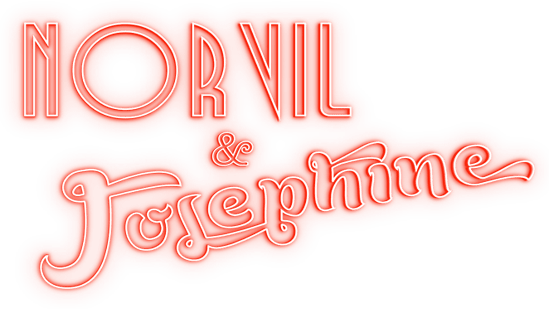 Are you planning a Moulin Rouge party entertainment theme just like in the hit film? If so, you will need some special acts to add to the lineup that will have your guests talking about the party long after the last champagne cork has popped! Norvil & Josephine are styled exactly like the acts in the film so they are your perfectly made up Moulin Rouge magicians.

This show is one of a kind because, apart from incredible and entertaining classic magic with a twist, they blend in hilarious spots of comedy acrobatics and musical style singing. This act draws from a wide repertoire of routines so they are able to craft you a bespoke show that will shine in your venue, and work around how much space you have or technical facilities that are available. Enquire today about Norvil & Josephine for your Moulin Rouge party entertainment showstopper!

You can't argue: burlesque is big time! You’ve got the Hollywood film "Burlesque" with Christina Aguilera and Cher. You have superstars like Dita von Teese and Immodesty Blaize trailblazing the way for powerful women. And the list continues. Norvil & Josephine also fit perfectly with your burlesque themed show where Josephine calls the shots in this cabaret!

The scene in the show with most burlesque overtones is complete with a feather fans dance bursting with demonstrations of Josephine's spectacular and comical contortions.

This double act has featured as a music hall burlesque magic show starring in line-ups at Yes, Yes, Yes! Club (Scala London, King's Cross) and at Salon Rouge (The Junction, Cambridge). West End London cabaret magician appearances include The Cafe du Paris and a three-month residency as the burlesque magic show at the Rah Rah Room's Electric Carousel show. And to even loftier heights, they were a featured act in the Vaudeville Variety Revue show on stage as a Wintergarten Berlin magic act.

Check out the video!