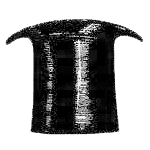 Home
About the Performers

Christopher is from the United States but has spent most of his life in England, Spain and Italy. He studied theatre (Richmond University, London) and classical singing (Accademia Filarmonica, Bologna).

Theatre and magic being lifelong passions, he creates magical multidisciplinary shows weaving theatre, magic and music together into one. He has appeared on television internationally and collaborated with Punchdrunk and Single Shoe Productions. He is an associate of the International School for Acting and Creativity, and has trained with Jeff McBride and Eugene Burger among others.

Desireé is from Norway.  She moved to London to study dance at London Contemporary Dance School and Laban Centre.

She has had a successful career as a circus performer and a contemporary dancer touring throughout Europe, Asia and the States with, amongst others, Yolande Snaith Theatre Dance, S.O.A.P. Dance Theatre Frankfurt, Rui Horta, Robert Tannion and Klaus Obermaier.

She has gone on to choreograph for dance, circus, theatre, and commercials. Her choreographic credits include San Diego Dance Theatre, Klaus Obermaier’s Apparition, Aurora, Luminous, and commercials for Bacardi Mojito and the British Heart Foundation as well as numerous circus events.